We're having one of those awesome snowfalls where the "flakes" are actually like fifty flakes all stuck together and they come down in fat, fluffy little clumps!! And it seems to happen in slow motion, somehow. Beautiful! This is apparently our biggest snow dump of the year, all at once like this. But it's also currently just -1C so I am NOT complaining!

Watched a great movie from 1980 last night (whoa! Racism! Rampant rape jokes! Oh my!) but I calmed myself by remembering the year in which it was made and was able to enjoy it anyway. More on that, soon! Need more coffee NOW... 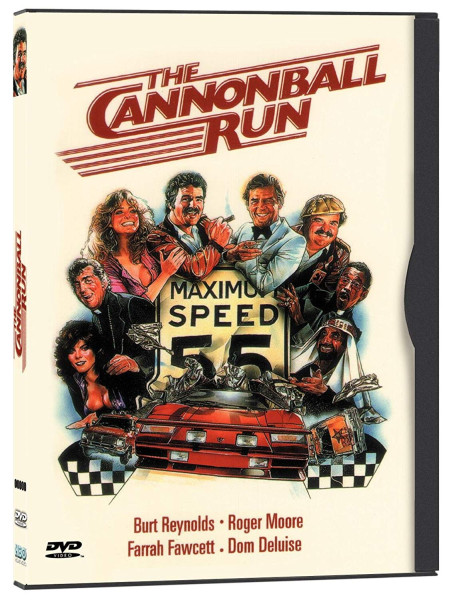 Oh my gosh *LOL* this movie. Where do I EVEN begin?

It's horribly racist (against more than one minority! At least it doesn't discriminate in that way?! Argh...) and there is a joke every 15 minutes about sexually assaulting a woman in some way *clenches fists*

But, it was 1980. If you can remember that and forgive the times, so to speak, it actually is a fun/funny movie ^-^ I was able to enjoy it while detaching from the negative aspects, for once (oh look at me...growing up! Heh). For the record, I wouldn't tolerate any of those "jokes" in a movie made NOW, but this was forty years ago. Just wanted to make that distinction. :)

Okay! Understanding now why she's such a highly regarded sex symbol!! WOW!!! Every time she spoke I was a total braindead idiot holy frig she was a '10'!! I'm not insecure about my looks (well, no more than is normal *lol*) but it's hard to look at her in this movie and not feel like pond scum!!

Also--no one ever thought to mention to me that she was/is the ORIGINAL Sheri-Moon Zombie?! (My biggest crush! Shared with my guy, heh.) OMG. That VOICE! *stupid again*

Okay, back to the actual movie! Funny, fast-paced, and I hope I didn't scare you off with anti-woman stuff because there are actually a few great girl-power-y moments :) The racist sh*t...well, I can't comfort you on that. It's...not good. (And frustratingly the characters themselves KNOW it's bad, and say as much...yet the "jokes" made it into the movie? Ugh. It's indefensible but again...forty years ago. *sigh*)

It was one of my guy's favourite childhood movies and he hadn't seen it in 30+ years so he kept apologizing for some of the crud parts but I told him to STOP because 1, he didn't even remember those parts (it all goes over your head when you're 8!) and 2, he obviously did not skip out on elementary school to go have a hand in the production of this movie *LOL*.

Glad I saw it. :) Love seeing movies that are special to him <3 and, we have the second one, too!!

We'll begin with Farrah, of course:

My man is coming home after lunch!! WOO! It turned into kind of a slow day at the shop with this snowstorm and all, AND we have the water treatment annual maintenance thing tonight so this is just perfect. Yay! Ohh but now I need to think of a nice lunch to make him...pancakes (from scratch!!) are tempting me! *drool*

So that $37 was a couple chicken shawarma wraps in January, and once in February I ate my purse snacks way too quickly and we ended up stopping at a little coffee shop (not a chain) for a toasted bagel (no butter because I don't even trust that it's really butter and not margarine...) with a fried egg and cheddar cheese (and it was good).

At first, we were just talking and said we should cut it down to once a week. But after a few weeks of that it dawned on us that that would still be 52 times a year...

Neither of us found that personally acceptable. (So glad we agree on this stuff!!) And checking the online banking is way less guilt-inducing, now! Win-win-win-win...(infinite wins)!

Anyway, please don't think I'm bragging or being judgemental of how anyone else does anything, but this was a personal goal we set for ourselves and we're killing it and I just wanted to share that.

And, obviously, I'm still a total amateur and I make a lot of mistakes...

but I'm learning as I go, and it's been fulfilling. ^-^
Collapse