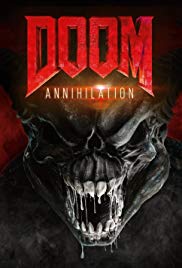 This is a tough one to rate. If you loved the original computer game, then there's a lot to enjoy just based on that. This movie stays truer to the actual gameplay (and creatures) than the first one did. But...that CAST, though.

Terrible, embarrassingly bad job of casting. The lieutenant!? Please. She was not believable as a marine of any kind let alone one in charge of anything. And obviously, it's not because she was a woman. There were two other female marines and the blue-haired one would've made a way more believable boss. They also leaned pretty hard on some tired racial stereotypes (you knew the black guy ~with an attitude~ was going to die early, and he did. Lame. And they included a pretty disgusting portrayal of Australians while they were at it. Just...stop...doing that. -_-

But! It's got awesome first-shooter-y goodness that was close enough to the game to give me passive anxiety.

But, now please correct me if I'm wrong because I've not actually played Doom since the mid '90s, but weren't the BFG and the plasma gun two different guns?! I was sure the gun that shoots green plasma was a totally different weapon. ??

I'm still giving this one a 6/10 because it stayed really true to its roots, and the overall story was good (well, it at least made sense! *lol*) but the ending was 'la poo'.

Love to hear your thoughts, if you've seen it! :)

I can now confirm that in the original game, the plasma gun and the BFG were indeed two different guns!

By 9:15 this morning I'd accomplished:

- Two dog walks
- Kitty boxes
- Put another load of delicates on, put away yesterday's load
- Cleaned the kitchen all sparkly so I can go in and do some baking later :)
- Tidied the whole main floor (movie nights are messy here, heh!)
- Had breakfast (a muffin top *LOL* don't judge me! It was better than drinking coffee on an empty stomach *nods*)
- Got more laundry baskets ready to go when the machine is free (I've set phone alarms, heh)

Aaaand yeah, I think that's it? But the kitchen alone took me an hour. Forward momentum, baby!!

Oh but I still need to stretch! Still doing that every day :) and it stopped hurting so insanely badly around week 9, if you're wondering!

Hope you're all having a great morning! 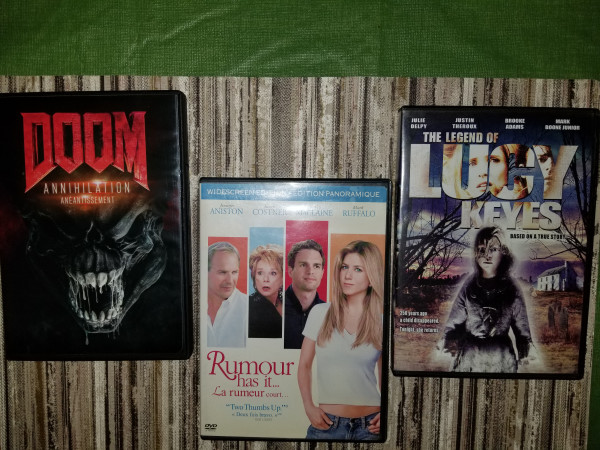 This is what we chose last night so we've got Rumour Has It and Lucy Keyes left for today/tonight. For SURE the rom com will be at least as bad as the last one?!

I just love Jennifer Aniston so when I saw all these for a buck (or less) at the flea markets I had to scoop 'em up, heh. I was goth girl when all these came out so I couldn't be seen watching any of them, of course. ;)

Titus is hooked on the 'nip and doesn't see it as a problem! It's a ~lifestyle~. You've seen our dinners for sure but here's some of our usual breakfasts/lunches from this weekend! (And a good example of the general grazing that goes on around here! *LOL*) 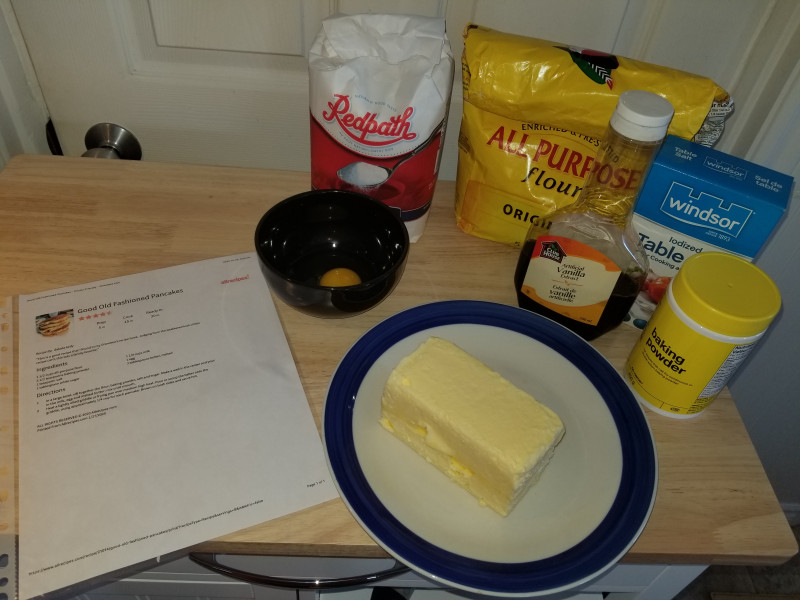