spikesgirl58 who snagged from other folks!

In honor of All Hallow's Eve, I'm inviting trick-or-treaters to my 'door.' Comment "trick-or-treat" to this post and...well, you know the drill. Treats can be anything that strikes my fancy (pics of fave actors or pairings, one sentence fics, graphics, a few words why I'm glad to have you on my flist, etc. etc.). The more "houses" to visit the more fun it'll be, so go ahead, open your journal and help spread the fun!

For those who expressed interest! This is the ad that got me, she's just so great. ^-^

This was excellent. I don't think I've ever watched anything from '30s before and now I'm hooked!! Love the hammy overacting, ADORE the women's styles (those eyebrows! The makeup! Super cute short hairstyles!!) and the whole thing was just fantastic as a whole. ^-^

And my heart almost stopped when I realized that THIS IS THE MOVIE that the kid is watching in my all-time favourite episode of Are You Afraid of the Dark!!! WHAT! I have seen that episode literally hundreds of times (I play the first six original seasons of that show in the house as background noise pretty much constantly) and I never realized he was watching a Bela Lugosi film. :D

LOOK!! (It's queued up so you don't have to watch the opening stuff and it gets to the scene I'm talking about almost right away! 1 or 2 mins tops.)

I feel just like Amelie when she figures out who the photo booth guy is. ^-^

Pitch black and pouring rain right now...but I've got another card to brighten the day! 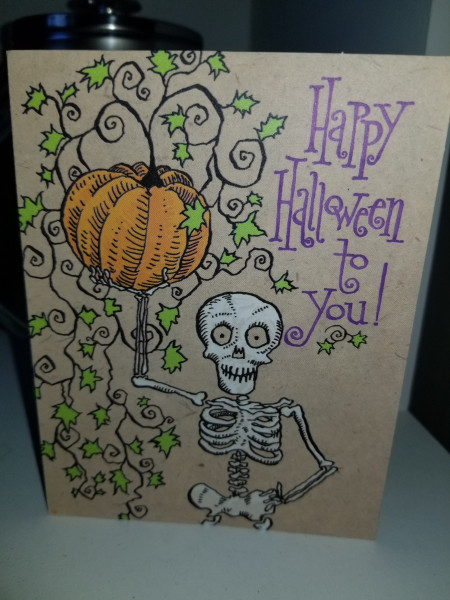 spikesgirl58 for this cute little skeleton and kind wish! ^-^ 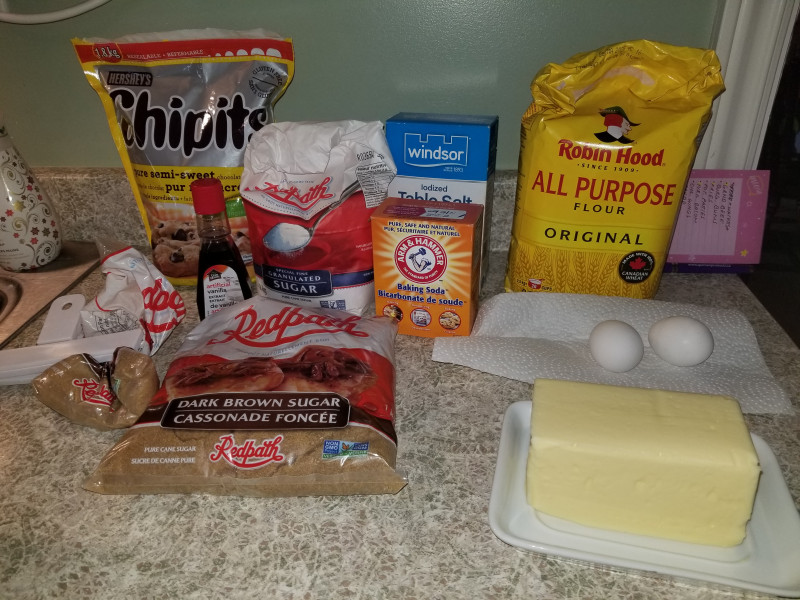 We finished off that cake so I whipped up some cookies today. ;) (Can't be without baked goods!!)


More under the cut! 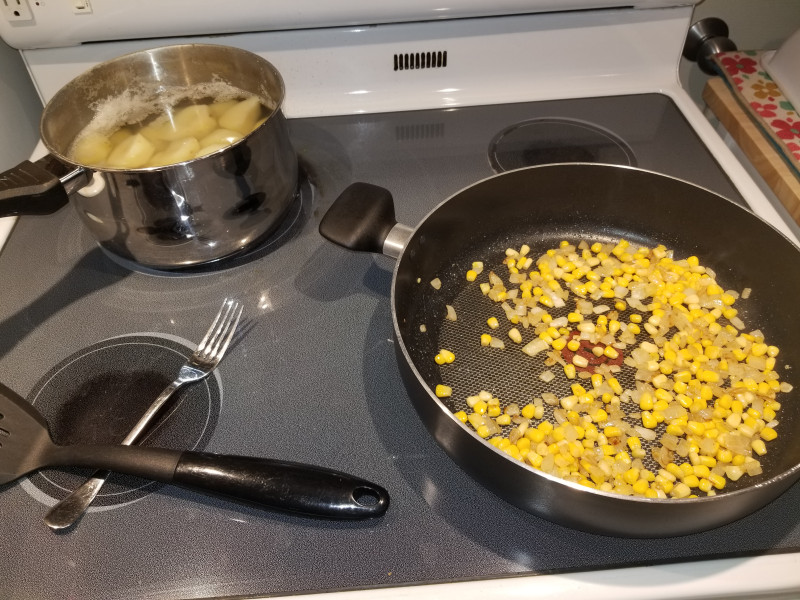 Last night I made my easy Shepherd's pie (just butter, onions, garlic, corn, beef, Worcestershire sauce, beef broth + paprika, parsley and salt & pepper and the potatoes, of course) 'cause it was time to use up all the potatoes! We've got enough for another dinner together tonight and I've taken some chicken breast out to thaw in the fridge for tomorrow. More pics under the cut! 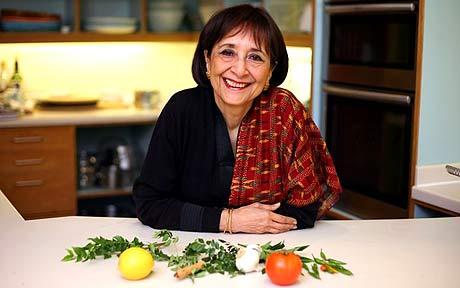 I watched her ad (for a cooking seminar) on YouTube and it made me CRY, *LOL*. This woman just instantly felt like seeing an old friend. There is just something about her, her energy is just... ♥ And the way she talks about food, and how what we eat and how we eat it tells you everything about a person/yourself. I feel the exact same way about food, I love it and value it and I always strive for that balance between 'this is fuel for energy' and 'food/eating are meant to be enjoyed'. We don't eat anything I didn't make now, and it feels so good. It is worth the effort in so many ways. :)

So anyway, she completely hooked me and I really want to take her class! ^-^ It would be my first one and I will keep you guys posted on this. I love roasted pumpkin seeds and this little recipe came free in the mail and it looks really good so I thought I'd share! I'll try it out once we get some pumpkins going on here. ^-^ 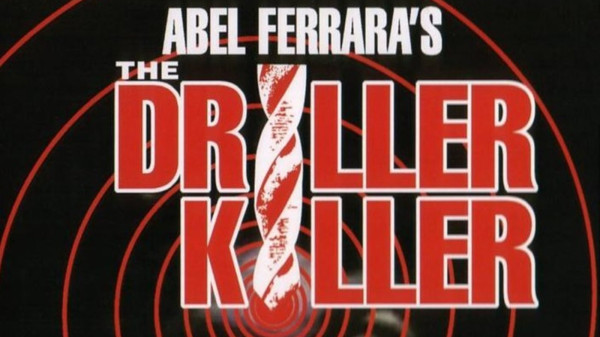 I keep talking like Reno and driving Scott nuts, *LOL* (Reno says "man" 50 times a sentence). Super gory slasher film, weirdly funny, old school grind house stuff. I'm glad we saw it because I knew Black Mirror ripped off that drill killing scene in that Dr. Pain or whatever episode, and this was definitely it!

Definitely recommend, if you can stomach it! ^-^ 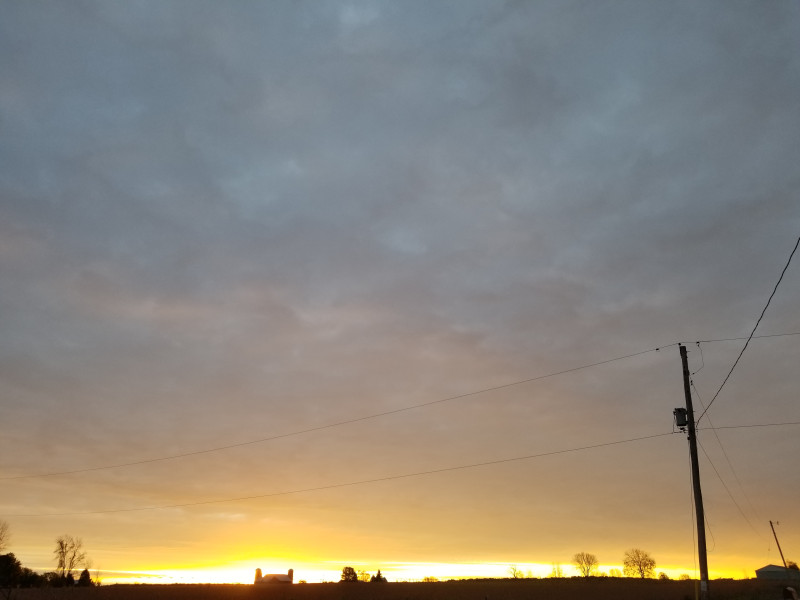 This was the sky at 7:29 this morning! The sun is barely even trying now, *Lol*. When the light finally did show up it was beautiful, though, I'll give it that! I snapped a few photos... (More under the cut!)